Tonight is the BIG awards night for Kids Lit in Canada.

The TD Book Awards. (Full disclosure, Neil Flambe #4 is up for the John Spray Mystery Award! I'll be wearing my lucky snoopy tie.)

As my friend Helaine Becker points out, there's more money handed out tonight than at any other Canadian book awards night. I sincerely hope the media reports the results tonight and tomorrow. (hint, hint)

Will the winner of the big $30,000 TD award be mentioned/interviewed on national radio? Fingers are crossed.

I'm always perplexed by the lack of attention Canadian authors get at home, compared to children's authors in other countries. When I was hosting CBC Radio Q a few weeks back, I opened with an essay praising the incredible depth of the Canadian scene. (Full text is here)

The Canadian scene is as strong as any in the world. The quality of writing, the excellence of the images, the strength of our editors, publishers, booksellers and librarians (this is a team effort) is unrivalled, but hampered (perhaps) by the term "Canadian."

Time to jettison the idea that the term limits us. That it means we only tell stories for Canadian kids, or (worse) that we only get published here because we are Canadian. We publish and sell everywhere, and names such as Oppel, Gay, Klassen, Ellis, Nielsen, (and so many more) are debated in school yards and reading clubs around the world. (Oh, yeah, did I forget Franklin, Munsch and Scaredy Squirrel?)

Alice Munro's Nobel win proves that you can find the universal in the local. It also proves the rest of the world recognizes what we've got here.

This isn't an "us vs. them" rant about kids writers vs. adult writers. I'll be hosting the Giller Lite Bash in a couple of weeks and just like good writing, wherever it exits. We are all separate parts of an incredibly rich world.

So, time to celebrate all of us! 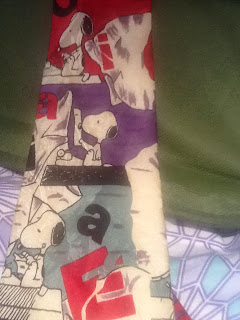 Posted by Kevin Sylvester at 11:17 AM