Every year I do a lino-cut print for the CBC Toronto's Sounds of the Season show. This year is December 5th at the Broadcast Centre. The prints are given (by me) to people who donate $100+ to support Ontario's Food Banks. (Details now up on the CBC website HERE).

As someone who writes about food a lot, the issue of access to nutrition is huge for me. There are usually about 300 takers each year. Here's a shot of this year's prints hanging to dry in my living room. 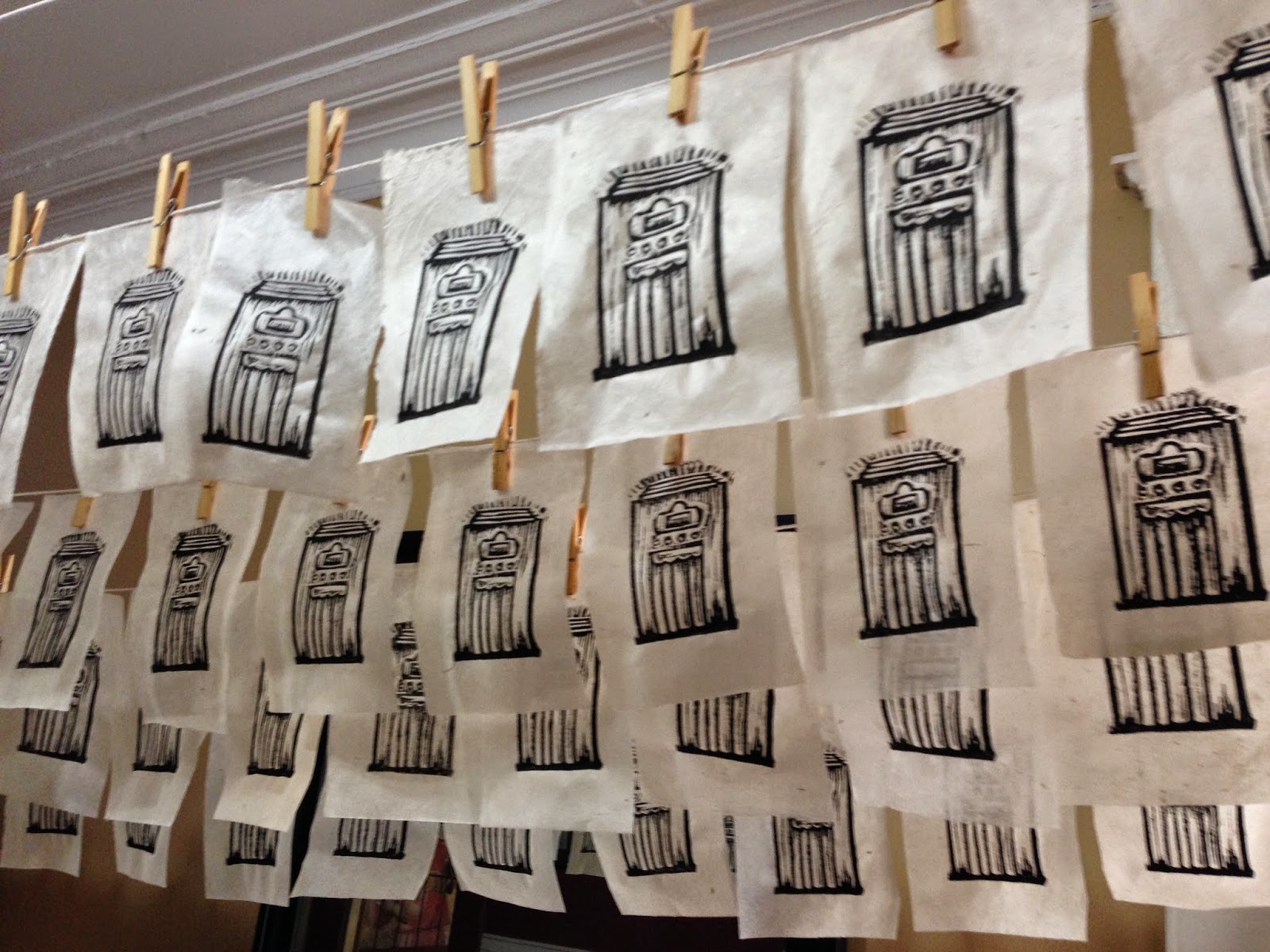 This year's print is a little different, and I want to explain why. It's the most personal print I've made.

The image is a radio. In fact it's a vintage 1930's RCA radio that I have had since I was a kid. I used to listen to old radio dramas and hockey games on this radio. It's how I fell in love with radio. 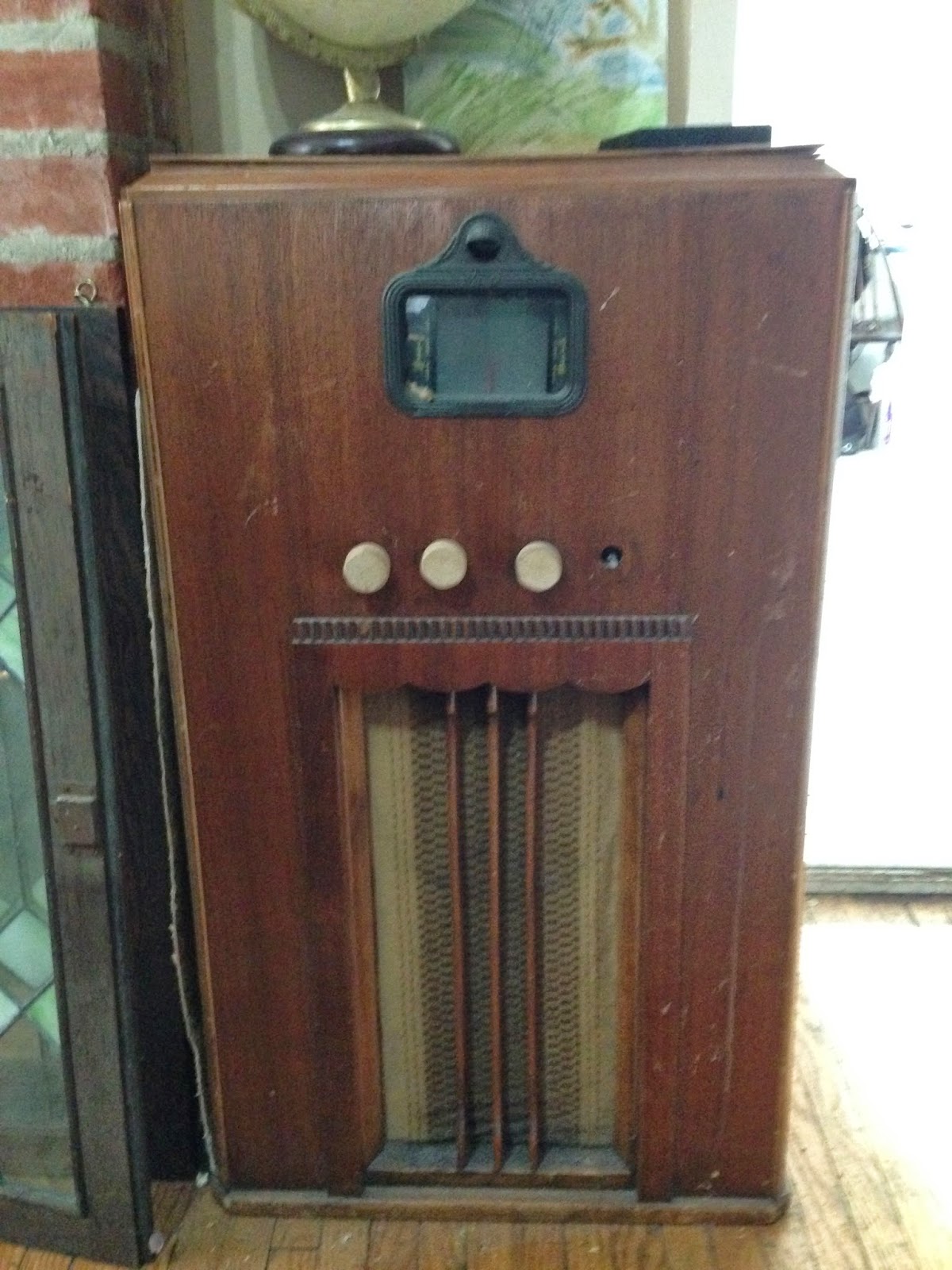 And I do love radio. I have worked in radio and I continue to work in radio (when possible). (I even do a podcast on kids books, which is basically a radio show by a different delivery vehicle).

This year's print is smaller than in year's past. It's about three inches wide by 5 inches high. Why so small? Because radio is shrinking, CBC Radio is in particular. 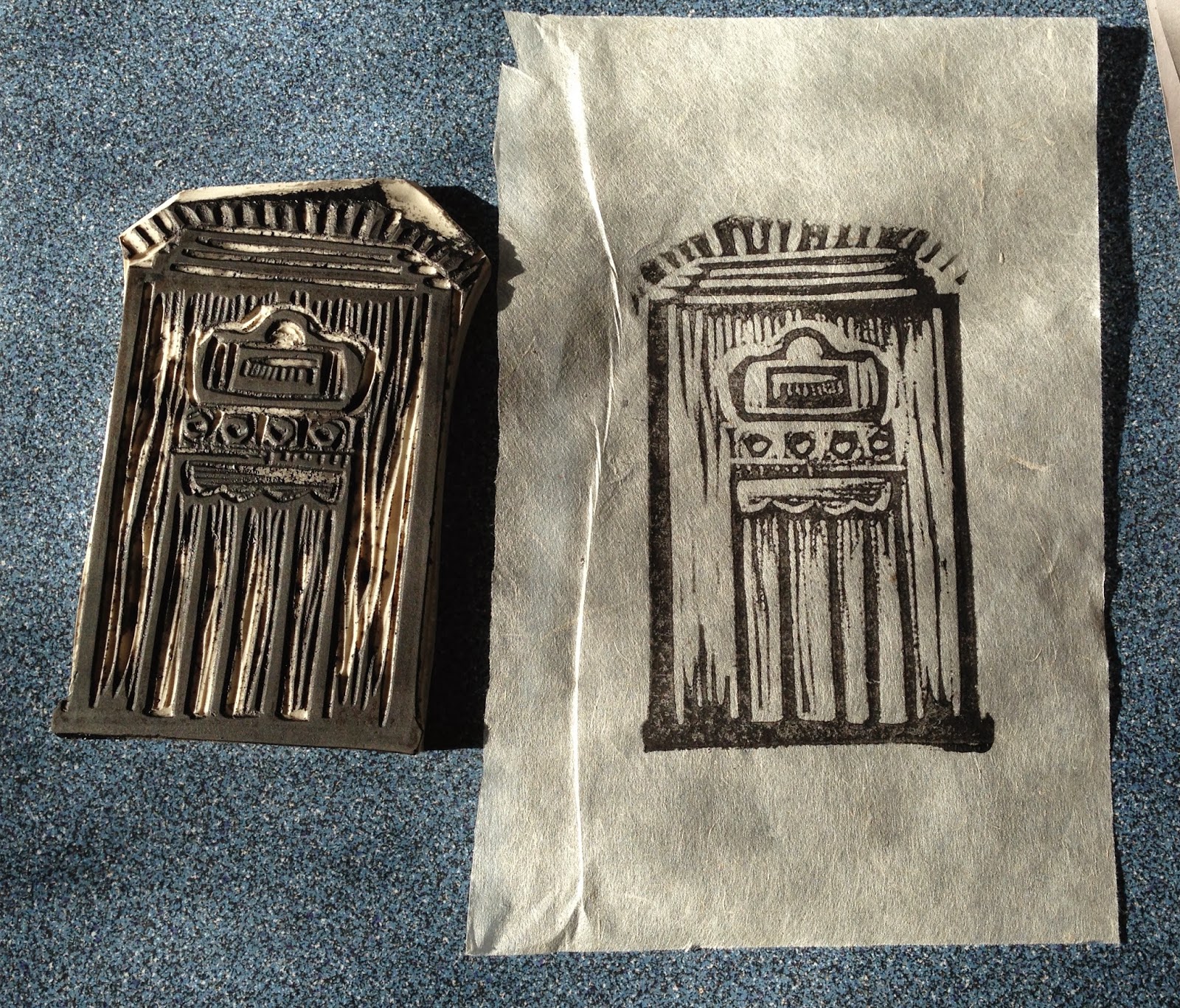 A series of federal governments have whacked the CBC and radio, in particular, has taken the brunt of the cuts.

This is tragic. It means the ability to tell great stories to Canadians front coast to coast is compromised. Hearing ads on Radio 2 is still killing me. Repeats, even of amazing shows, are becoming the norm.

It's a testament to the amazing people who work inside the CBC that they continue to make amazing radio despite all the pressures.

So, this year's print is being sent as a thank you to people who donate, but I'd like everyone who considers getting one to also think about what's happening to the CBC.

Heck, if you want, take a snapshot of this year's print and use it on t-shirts, the web, or letterhead on letters to your MP demanding the CBC receive stable funding.

Posted by Kevin Sylvester at 10:12 PM

Thank you, Kevin, for sharing this cool lino-cut and for the food for thought. I am going to write to my MP (Jean Crowder, Nanaimo-Cowichan) about CBC funding.