The further adventures of Neil Flambe!

Here's a pic that we took while strolling along the banks of the River Saskatchewan. This is Neil with some trees that Beavers gnawed off completely. Neil thinks they would have tasted better with some seasoning. 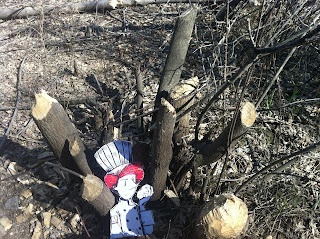 And a new one from the NYC subway. Neil thinks it's named after him. 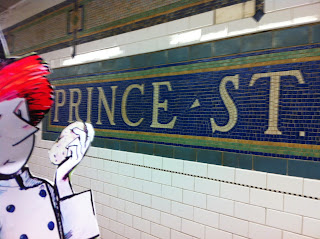 After such a long (and incredible) trip, I need sleep and Neil needs to retire... or at least be re-glued. 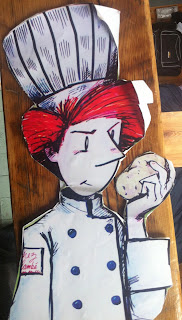 This week we'll be at the amazing Forest of Reading celebrations in Toronto!

Posted by Kevin Sylvester at 11:29 AM